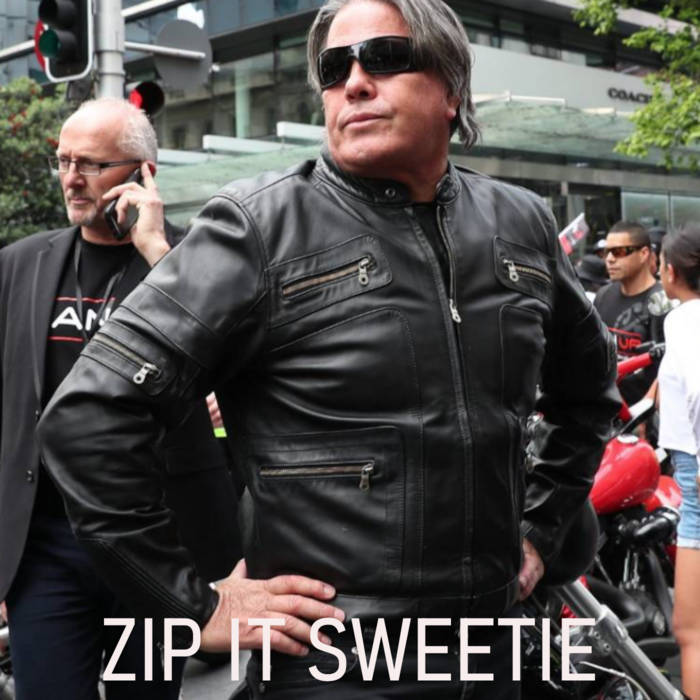 I wrote this song back in 2017 when we finally kicked out the Kiwi Tories. It's specifically about a certain minister in that government who came from a nominally working class background. They took all the benefits available to them as a solo parent - including study grants - and then, once in power, took away people's access to those same benefits. They also famously publicly revealed citizens' names who dared to object to their treatment of them. The phrase 'Zip It Sweetie' is a direct quote from them. They shouted it across the house to a junior Labour MP named Jacinda Ardern. Hence the title.

This former deputy PM now sells real estate, appears on game shows and runs a blog. I do kinda wish they'd just go away. In my opinion they represent everything that is wrong in NZ politics.

But this could as easily be leveled at any of the right wing leaders and prosperity Xtian types preaching division, disinformation, and hate. Some of these people seem to be pathologically disinclined to strong women in power. Sad and dangerous people.

Please vote for your kids, your grandkids, and this rock we live on in 2024 Aotearoa!
Darren Watson

Zip It Sweeite
words and music by Darren Watson

Hope one day you realise
all the damage you have done
tryin’ a raise a banner high
for the power of the one
but there’s a special place for those
who treat people the way you do
you had ‘em fooled for a long, long time
but your kind is nothing new